A woman-owned family business for almost 60 years, PBE designs, develops, and manufactures high-performance absorbent products. From our two manufacturing locations in Northwest Ohio, we market solutions for incontinence care, acute care, and other specialty absorbent products. PBE strives to create and maintain an exceptional work environment that supports and encourages our associates’ growth and development.

A GREAT PLACE
TO WORK

Associate safety and engagement are at the heart of our business. We are focused on ensuring a workplace that enables PBE associates to contribute at their highest levels through training, development, teamwork, and work-life balance.

Our mission is to be a principle-centered business that uplifts, enlightens, and enriches the lives of those it serves so that they can live more abundantly. We are proving this through the innovation and expansion of high-absorbent niche products that are manufactured to improve the human condition and elevate our customers’ quality of life. 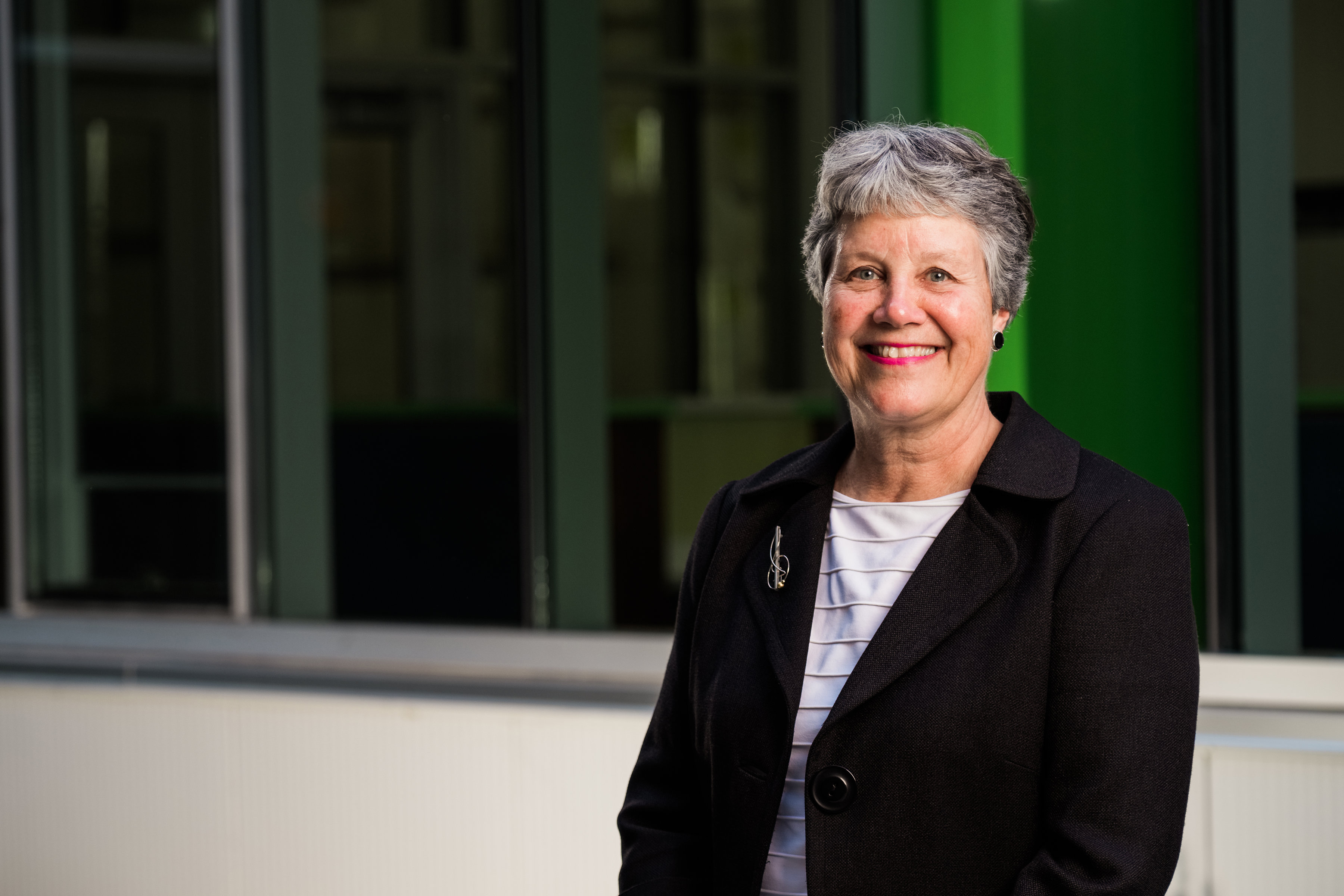 As second-generation owner of the company, Carol grew up with Principle Business Enterprises, and early on invested her limited resources to help the struggling company. By the time that the company found its niche as a source of fall prevention footwear, Carol was a full-time mom serving her family as chief educator and homemaker.  Her entrepreneurial instincts were reignited when she rejoined the company in 2000 with a full time focus on her areas of expertise—graphic design, interior workplace and people-centered office design, and project leadership.

Carol was a central “driver” in managing 3 major expansions of the company’s physical plant and has commanded the respect of architects and construction teams for her vision, energy and creativity which have earned the company accolades for its person-centered thoughtfulness.

In 2010, Carol was named CO-CEO along with husband, Chuck as a further indication of her solid grasp of the business and markets that the company serves.  Carol has a tremendous natural marketing sense and she has been an integral member of the marketing team for over 18 years.  Carol and Chuck were recognized by Ernst and Young as 2017 Entrepreneurs of the Year for Michigan and Northwest Ohio.  Carol has a Bachelor of Arts degree in Interior Design from Michigan State University. 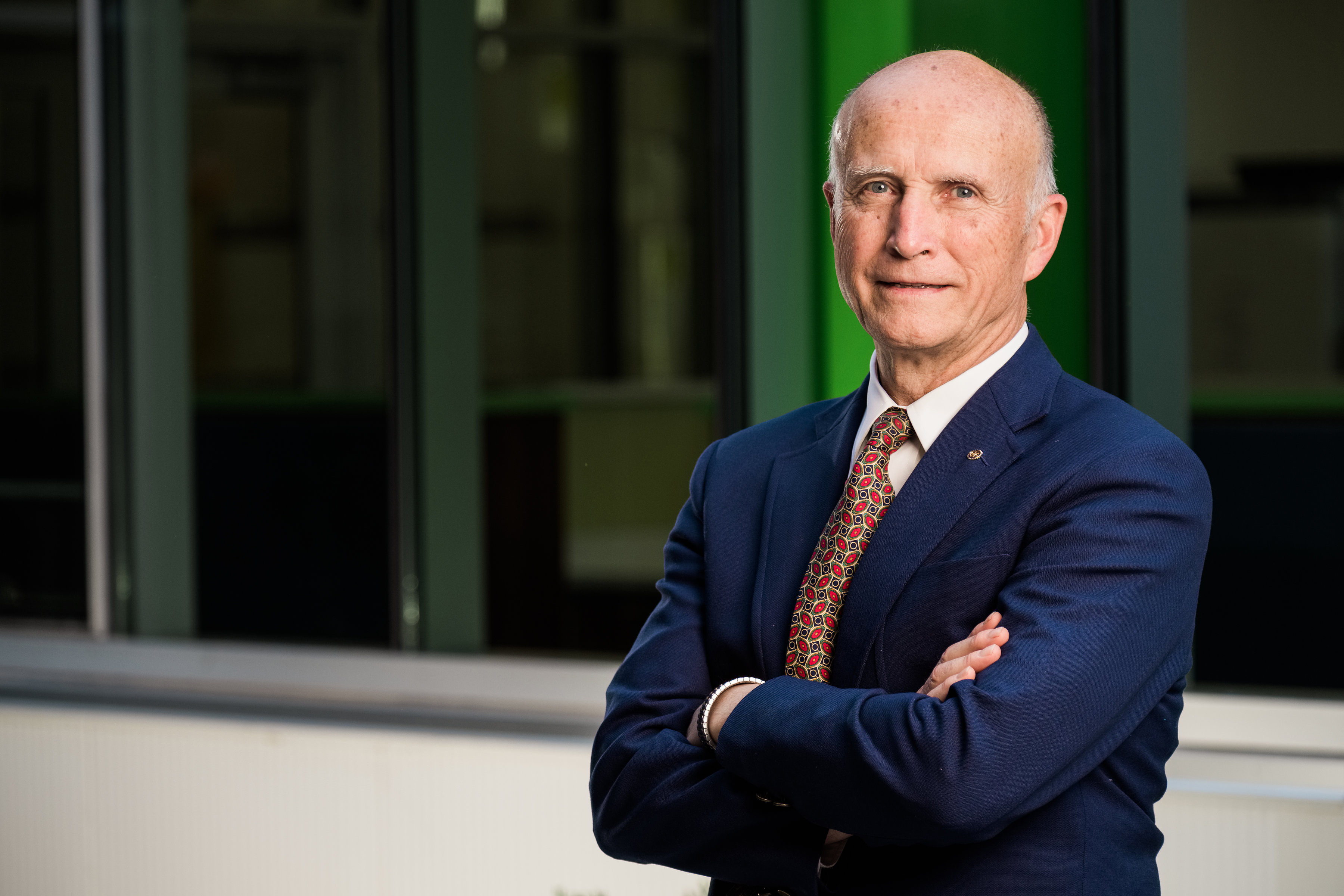 Chuck began his professional career as Vice President and house counsel of a public company in Chicago, General Binding Corporation.  In 1975, he joined Principle Business as Vice President to assist Founders, Lee and Jim Mitchell in the reorganization of their company and the construction of its first office and plant in Wood County, Ohio.  Over the next several years he played an integral role in the growth of the company’s product line from its single-product focus to a range of products and an emphasis on pioneering work in the field of absorbent technologies.

In the mid-80’s, Chuck became a principal in the strategic planning and turn-around consulting firm of Yocum Consulting Services. Later in 1994 Chuck was asked to lead the restructuring of PBE and became its President following the retirement of the company’s founders. In succeeding years, he oversaw the addition of several key functional leaders and the development of an Advisory Board and Operating Board of Directors. Under Chuck’s leadership, the company grew its manufacturing footprint through major investments in product development and new manufacturing capacity.

In additional to the organizational improvements, PBE’s leadership team, associates and their dedication to the company’s purpose and mission has been integral to its continued success. Subsequent to Carol’s addition to the company and following her designation as CEO, Chuck joined her as CO-CEO.

Central to the obvious devotion which Carol and Chuck have for the company and its people is their passion for dramatically improving the quality of life for caregivers and care recipients while eliminating waste in healthcare. Chuck is actively engaged in domestic and international public service work through leadership positions in an array of organizations, but especially Rotary International. Chuck grew up in North Central Illinois, graduated from Principia College in Elsah, Illinois, and earned a J.D. degree from Northwestern University School of law. 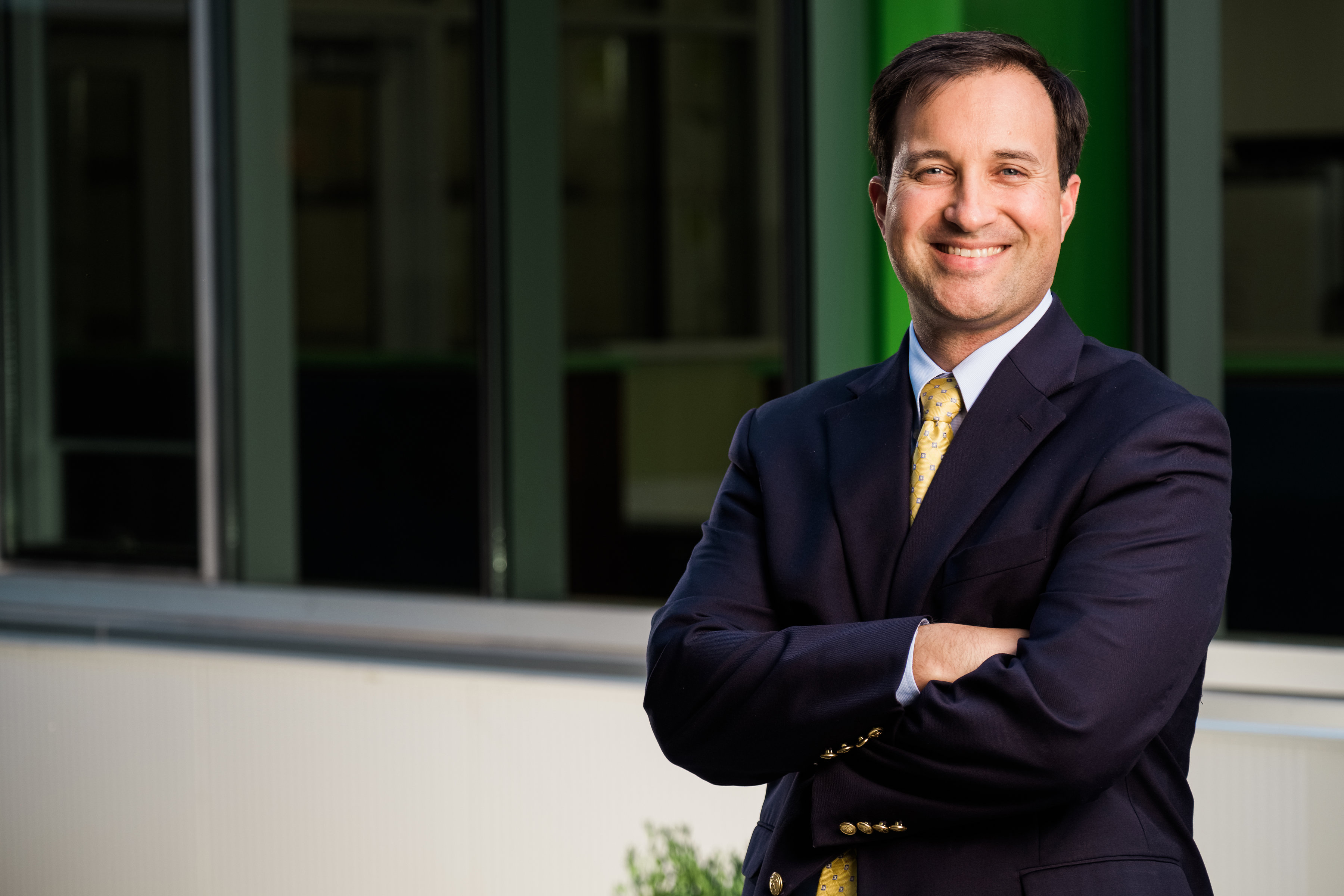 Andrew Stocking, Ph.D., is President and COO of PBE, as well as a member of the Board of Directors. He joined PBE as the third-generation after a career in engineering, technology, nonprofits, and government. At PBE, Andrew is passionate about uplifting the lives of customers through best-in-class products, improving the lives of PBE associates through innovative and transformative programs, and supporting the surrounding community through corporate engagement. Andrew is committed to American manufacturing in the Midwest.

Prior to leading PBE, Andrew held a succession of roles within the federal government, including Senior Advisor for Economics and Energy Security at the Department of Energy and Market Design Economist at the Congressional Budget Office in the healthcare unit and microeconomic studies unit. In those roles, Andrew contributed to non-partisan policy debates about a variety of topics, including healthcare reform, energy markets, environmental policy, auction design, trade policy, and competition. In recognition of his work on energy security at the Department of Energy, Andrew was awarded the Secretary of Energy’s Honor Award in 2016.

Prior to working for the government, Andrew was Vice President of Business Development for a Silicon Valley web startup. He has been an adjunct professor in Economics at the University of Maryland and is currently adjunct professor at Bowling Green State University in the business school. 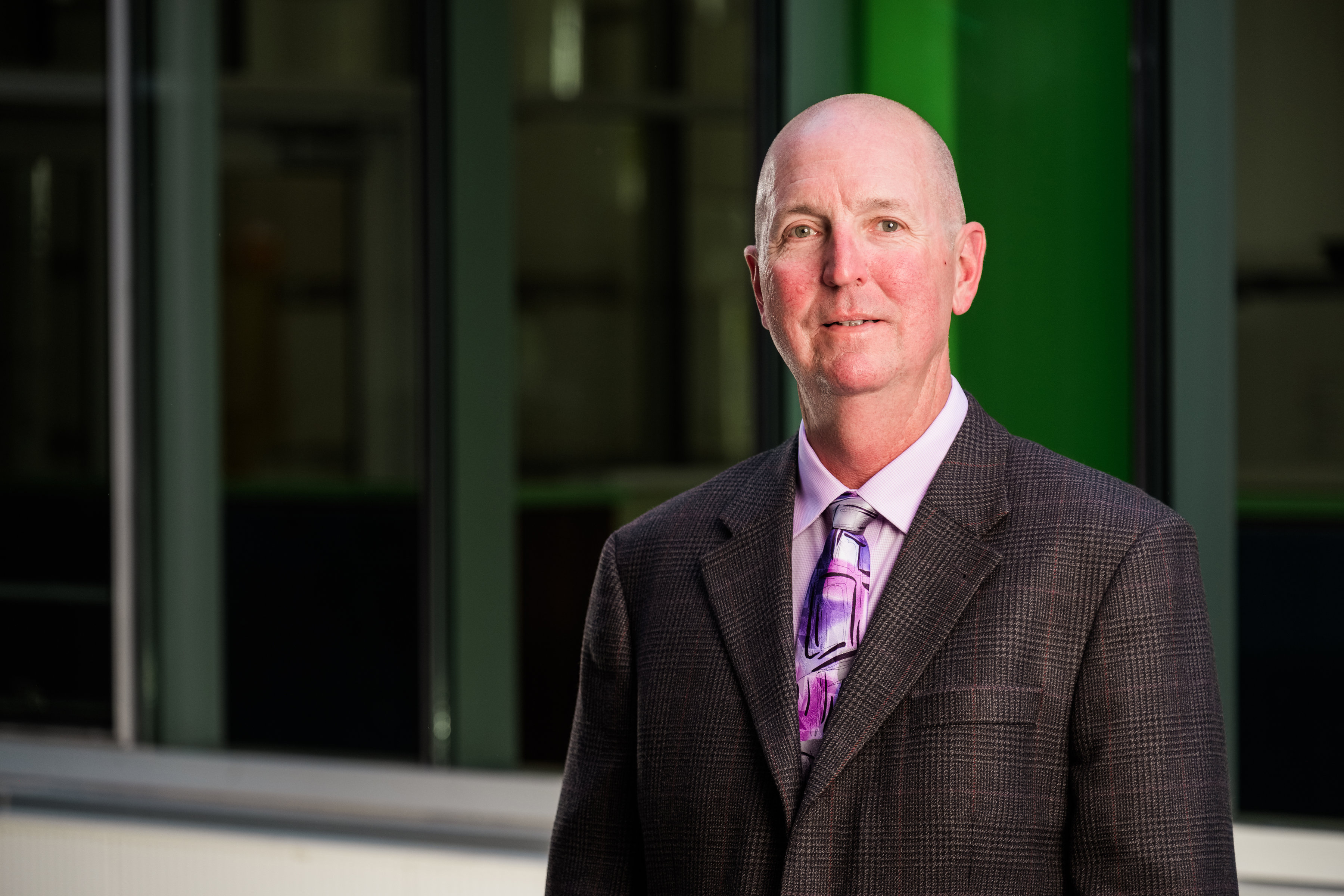 Alan joined Principle Business in 2000 as Plant Manager. His passion for business development quickly led to an expansion of his role to include Private Label Sales responsibilities as well as leading PBE into the consumer market space with pet care products. As PBE has grown, Alan’s role has evolved as well, first to Vice President of Operations in 2007 and then to Executive Vice President of Operations in 2014. 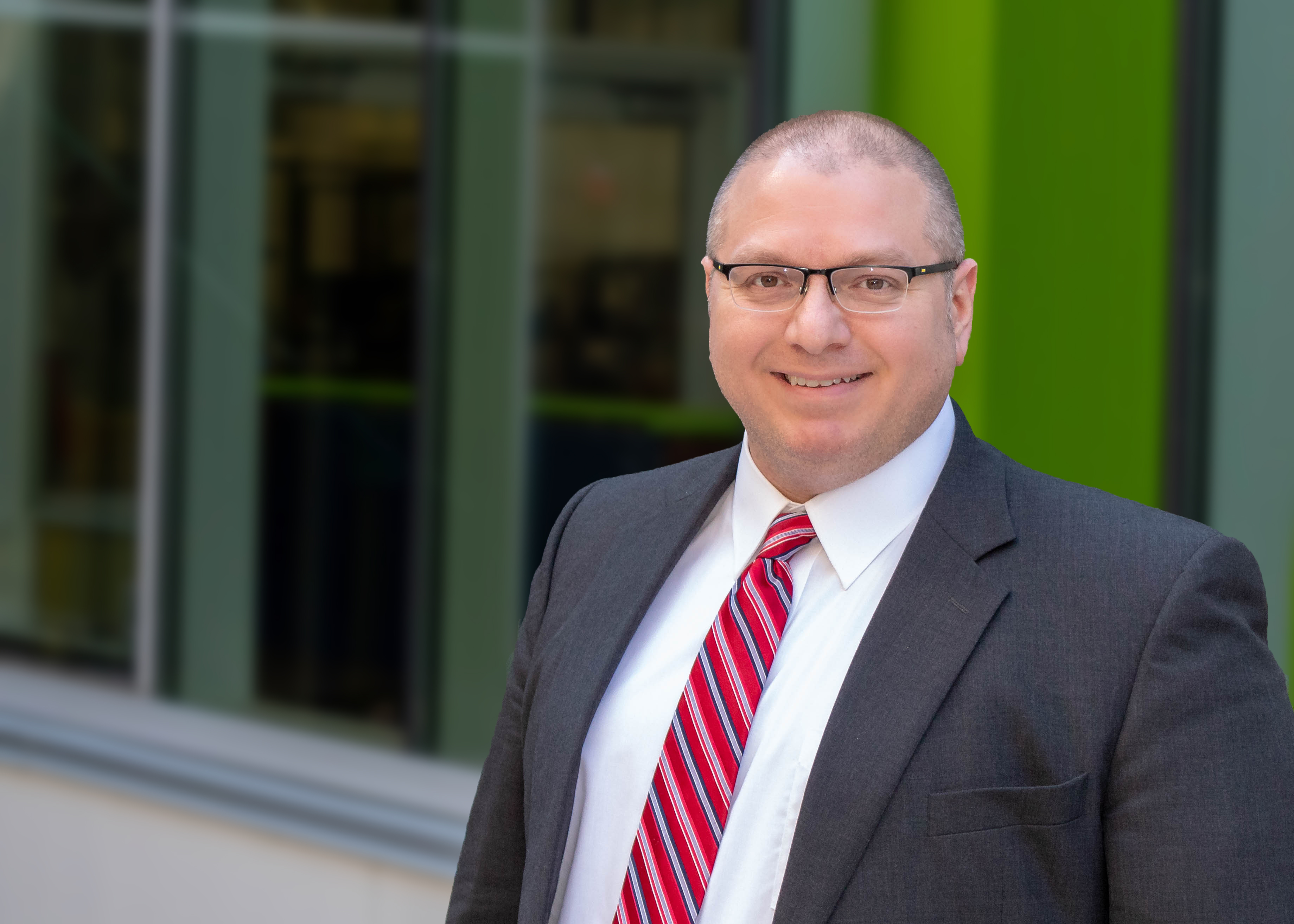 Charles Tull’s breadth of experience includes over 20 years in finance, accounting and audit functions across international firms and several Fortune 500 companies. Charles recently served as the Financial Controller of multiple plants for Dana Corporation, a global automotive parts manufacturing company, where he was responsible for finances and reporting of $1B in revenue, managing sales growth while improving quality of earnings, providing analysis for capital investments, and leading internal and external audits along with accounting compliance related initiatives.

Charles has gained extensive knowledge throughout his career working for Cardinal Health, a global Fortune 500 health care services company, Vanner Inc., an engineering leader in the transportation industry, and PricewaterhouseCoopers, one of the largest professional services firms in the world.

Charles holds a Bachelor of Science in Psychology and an MBA in Finance from The University of Toledo. He is also a native of Toledo, Ohio who enjoys working on his classic Toledo-built Jeep and traveling to unique locals in search of finding the roads less traveled. 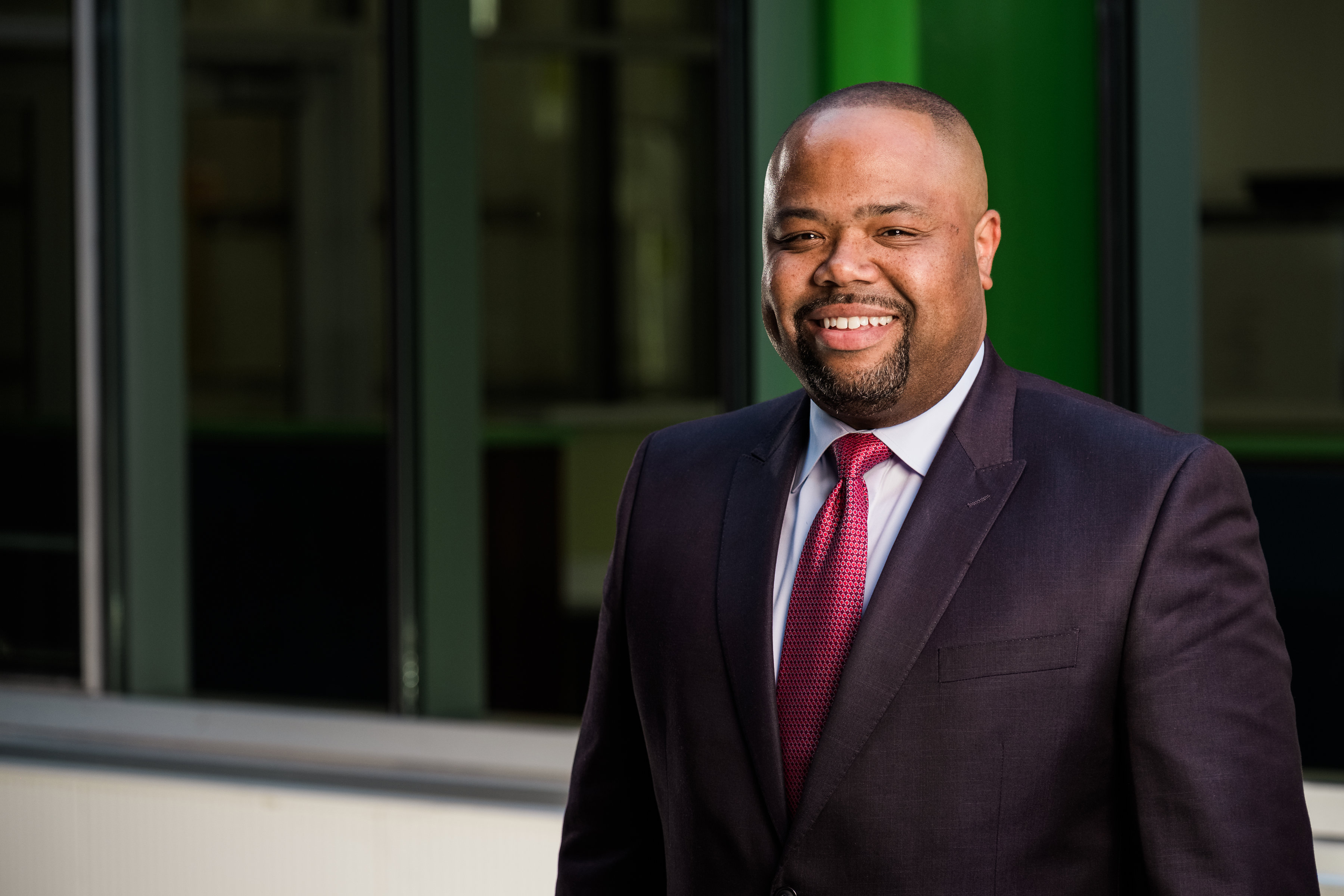 Rodney has been married for over 17 years to his wife Sheila and has two children, Donovan (13yrs) and Nia (5yrs). He enjoys spending time with family, reading, sports and volunteering in his church and in the community. 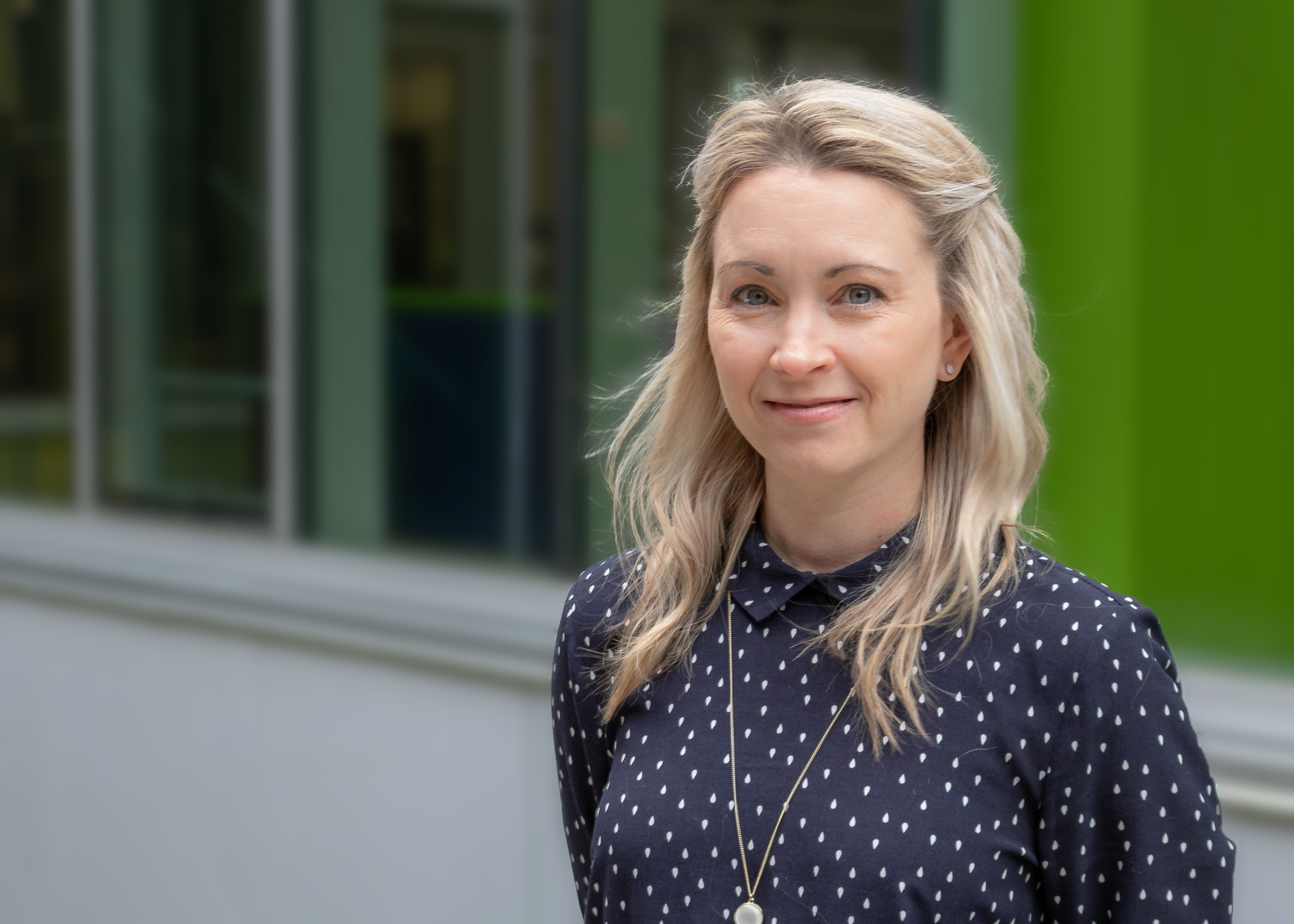 Tricia has practiced law for over 15 years with experience ranging from law firms to government entities. Most recently, Tricia served as in-house legal counsel for Konecranes, Inc., a global overhead crane and material handling manufacturing and service company, where she advised on tax, legal, compliance and regulatory issues for the Company’s operations in North and South America, Canada and Mexico.

Tricia has a specialty in government contracting, having worked for various government entities and practicing at a Dayton, Ohio law firm where she supported businesses with the procurement and maintenance of government contracts. She also taught Business Law and Effective Decision-Making classes for nearly ten years as an Adjunct Professor for Franklin University.

Tricia received an undergraduate degree from The Ohio State University and her Juris Doctorate from Capital University. She currently resides in Dexter, Michigan with her husband, Tim, and three children, Sophia (10), Collin (9) and Joseph (6). 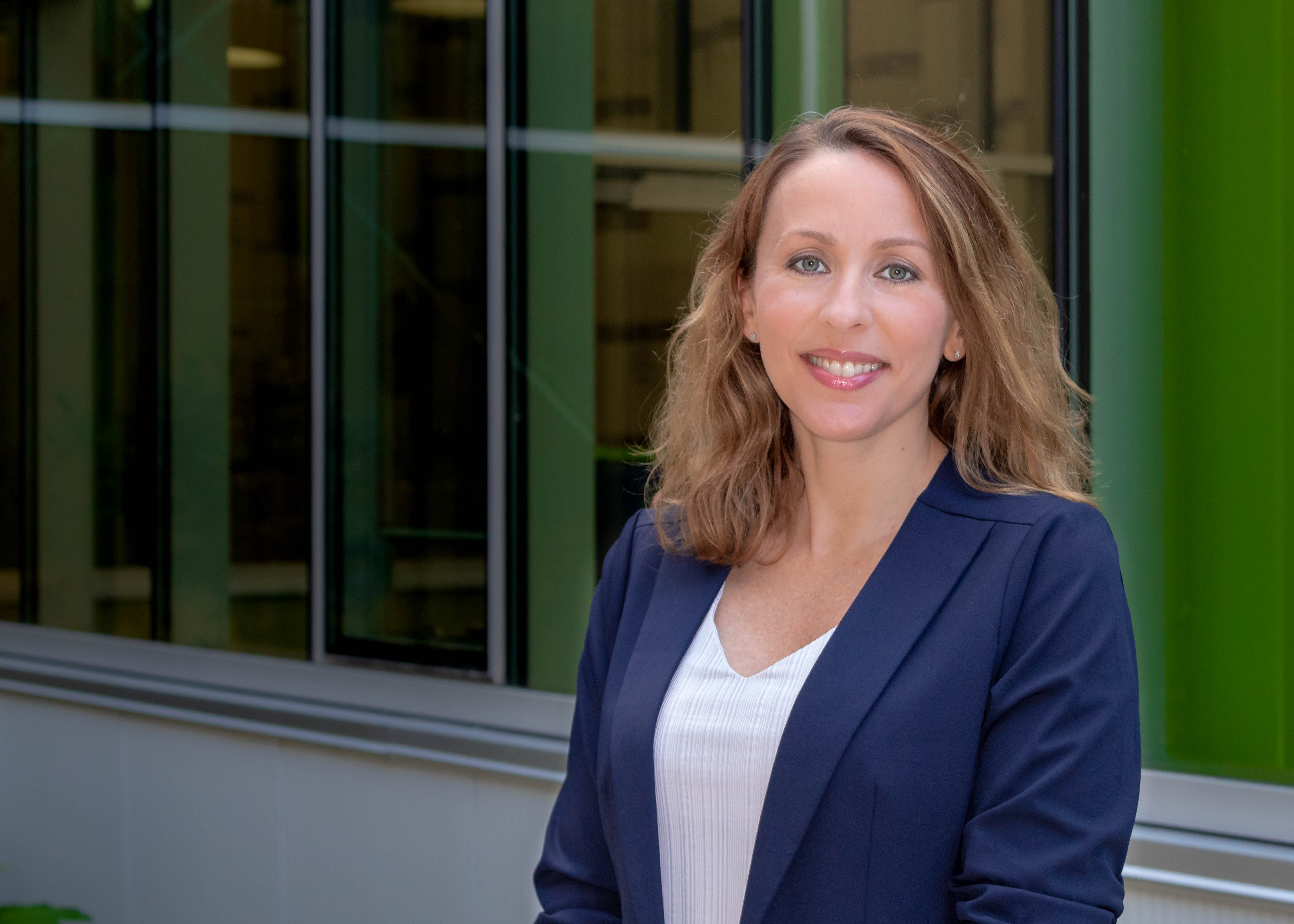 Angie joined PBE in 2018 as Vice President of Marketing. With a management consulting background, Angie’s marketing methodology is rooted in aligning associate and customer experiences to achieve business outcomes.

Prior to joining Principle Business Enterprises, Angie was the Senior Director of Product Success and Brand Strategy at Pepperjam, formerly part of eBay. There, she was accountable for guiding company communications and product development during continuous transformation. While working as a marketing leader for Gap International, a management consulting firm specializing in breakthrough performance, Angie helped build the marketing and creative systems that increased the company’s brand awareness.

Angie graduated from Bowling Green State University with a BA in Visual Communication Technology, and recently moved back to the area from Philadelphia, PA. When Angie is not working or chasing her 2-year-old, she’s playing golf, watching sports or cooking. 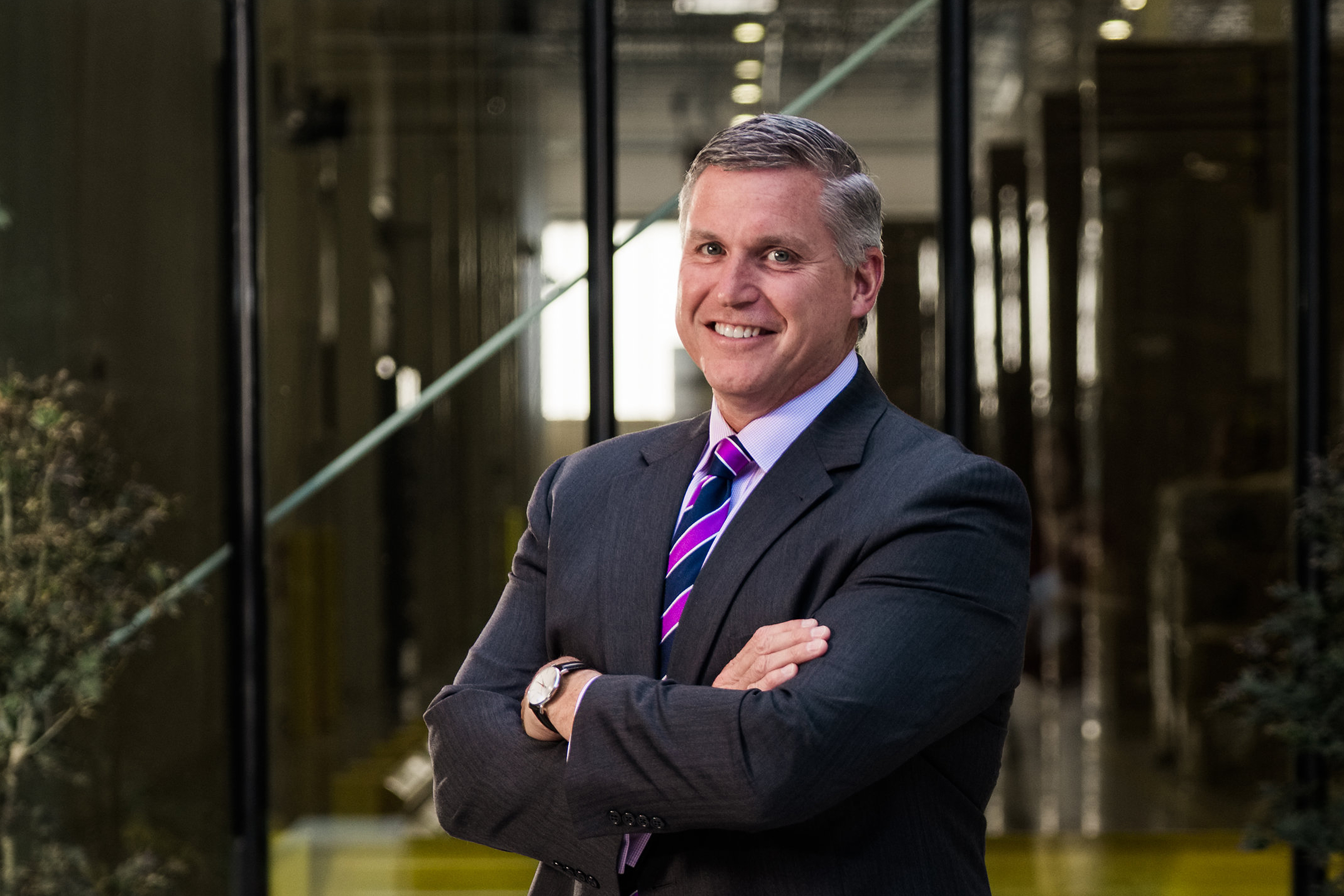 Brian Kreider joined PBE in 2013, bringing 20+ years of healthcare experience.  His vast industry expertise stems from 10 years in manufacturing in the adult incontinence market and 12 years with a national distribution company servicing all the channels that PBE partners within. His passion for making a difference in the world led him to his role at PBE where he embraces the culture and mission of the company.  He leads his teams with a focus on why PBE exists and what they do to make a greater good for those they serve.

Brian lives with his family in Holly Springs, NC and is a graduate of the University of West Florida. 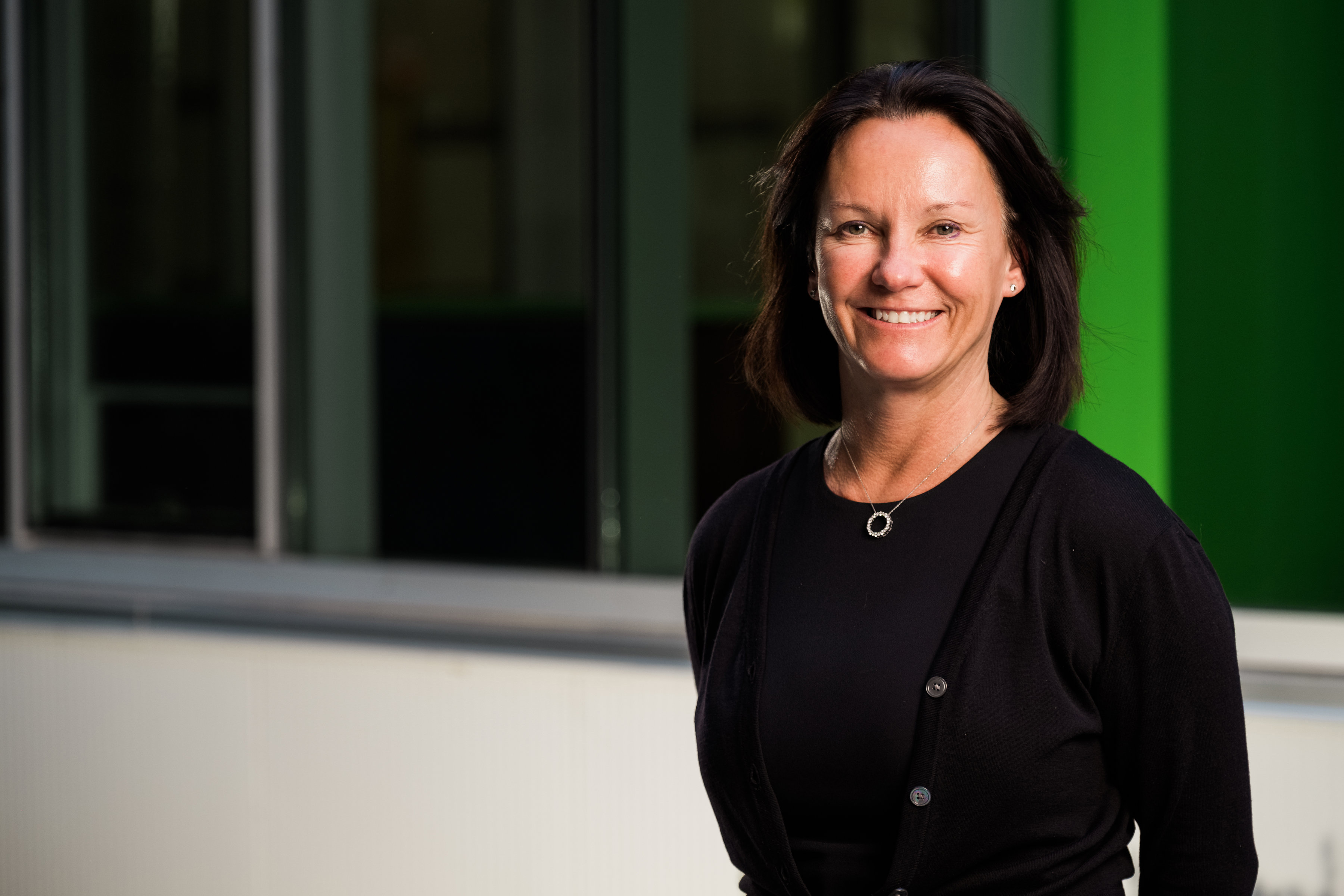 Heike joined Principle Business Enterprises in May 2016 as Vice President of Business Development, with responsibilities for the development of Private Label, Leading Edge Absorbent Product and Gelok business units.

Heike attended Ryerson University in Ontario, Canada. She is very focused on health and fitness and regularly spends time outdoors cycling or kayaking or doing classes at the gym. 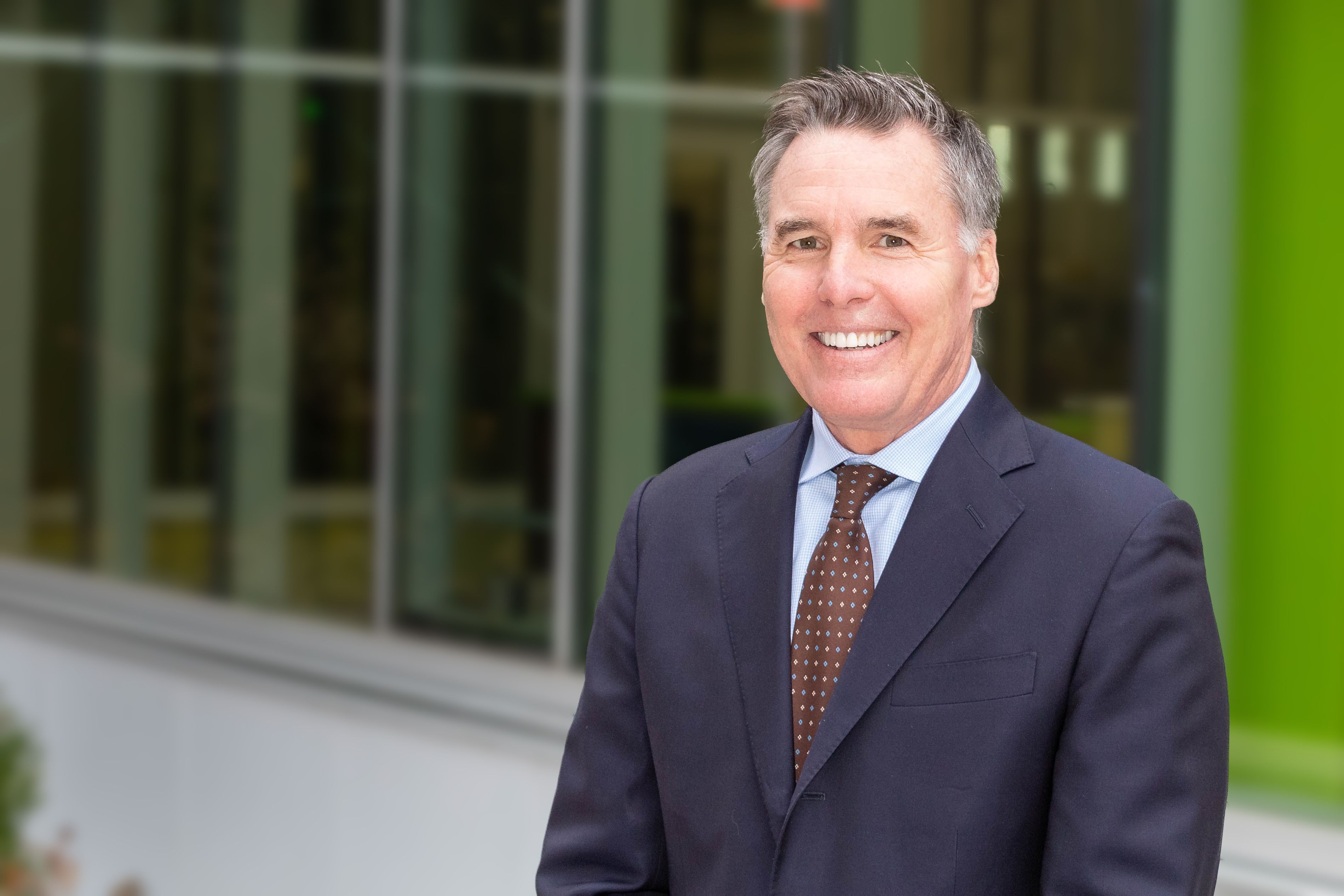 Matt’s passion for the medical products industry is demonstrated throughout his career serving in leadership positions with companies such as Hu-Friedy MFG. Co., Ferris Mfg. Corp., and Stryker Sage.

Matt holds a bachelor’s degree in economics from the University of Notre Dame, an MBA from Northwestern University’s Kellogg School of Management, and a law degree from UCLA. Matt resides in Illinois where he enjoys spending time with his family, participating in a variety of sports, and coaching his son’s basketball team. 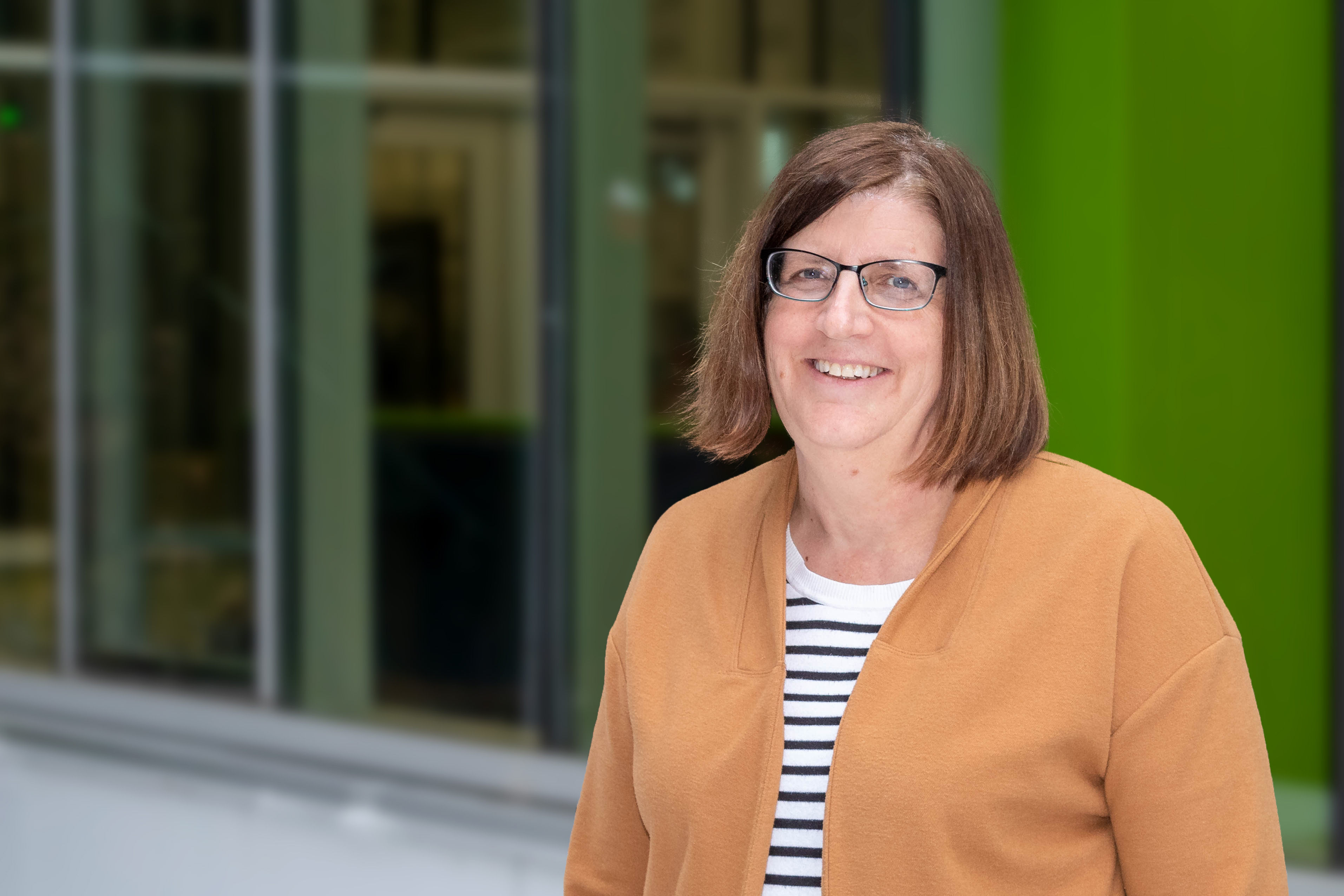 Carmie brings over 35 years of Quality Assurance (QA) and Research and Development (R&D) experience to PBE. She most recently served as Director, Corporate Function R&D for Proctor and Gamble (P&G).

Carmie’s remarkable career with P&G began as an internship that led to multiple leadership positions within the R&D and QA areas of the Company. She developed household products for P&G’s beverage, beauty, oral, pet, and baby care divisions, with a strong focus on diapers. Carmie also held the position of Director, Quality Assurance – One Health, where she led efforts to redesign a Microbial release for pet food, and a redesign for the supply and processing of Metamucil and Pepto Bismol.

Carmie holds a Bachelor of Science in Chemical Engineering from Pennsylvania State University. Outside of work responsibilities, she serves as Board President for the Cincinnati Boychoir, and has previously partnered with The Ohio State University on efforts to create allies for gender equality. Carmie has three adult children, Matt and Jon (twins), and Megan, with whom she enjoys traveling and participating in outdoor activities.

President
Fund For Our Economic Future